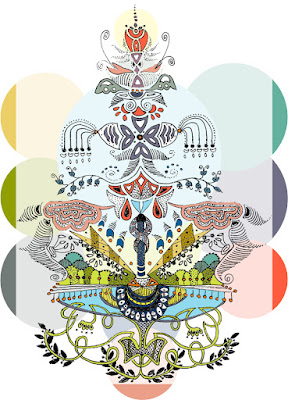 I  doodled this in ink on a piece of paper, while at work in the lab 35 years ago, waiting for a cycle of PCR tests to run. I can't remember exactly why I titled it Yoga,  as the concept was largely unheard of in Romania at the time - except perhaps during some of the talks we used to have with sensei in Aikido classes. Of course, the caduceus is the symbol of medicine, but I have no idea where everything else came from.  In 2020, my daughter Adina signed me up to participate in the  Global Art Project for Peace , an art exchange program from the USA - she is the regional coordinator for Romania, and suggested this doodle would fit the theme of the project. She then proceeded to sample and add this colour scheme from Dutch painter Hieronymus Bosch’s alchemical vision of paradise ( The Garden of Earthly Delights,  15th-16th century) that had been the focus of one of her research papers and that she could see "reflected" in my scribble, she said. I see now that there are s
Post a Comment
Read more 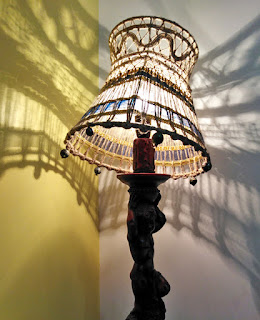 The story of this lampshade begins at my wedding, when we received two lamps as a wedding present. They had mustard silken lampshades, mounted on a wire structure and held into shape by a cardboard lining. It was the wire structure that became the lead in this salvage project, because the old model from 1982 was of such design involving a wire circle to be mounted directly on the pear-shaped glass lightbulb and be held there in balance by the force of gravity - outstanding technological innovation, wasn't it? Unfortunately that meant no chance of finding the same ridiculousness nowadays. (We had more fun than due accidentally knocking those things over for the better part of the '80s, however.) These lamps had a very long and happy life, even though I was beginning to learn what consumer society was like, I still couldn't conceive of throwing anything away just because of its age (and much less because it had "gone out of style"). Until one day, when due to the ma
Post a Comment
Read more

In those days, I didn't understand anything 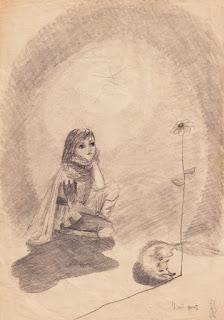 "In those days, I didn't understand anything. I should have judged her according to her actions, not her words. She perfumed my planet and lit up my life. I should have never run away! I ought to have realized the tenderness underlying her silly pretensions. Flowers are so contradictory! But I was too young to know how to love her." (Antoine de Saint-Exupéry,  The Little Prince , 1943)
Post a Comment
Read more 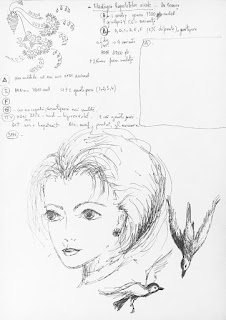 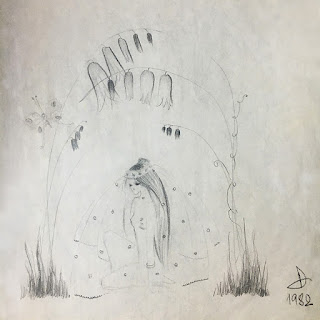